Constructive Criticism is a lie!


Constructive Criticism is a lie!

Yet, when we want to help someone, we use "constructive criticism."

We are all better served by understanding that all criticism is destructive.  Criticism may be needed, but we must understand and be prepared for the resulting destruction.

Criticism is destructive to interpersonal relationships.  Think back to the last criticism you received, even with the most gentle delivery real criticism hurts.

The worst case is when an executive delivers the criticism with no intention of helping to pick up the pieces.  To the project leader, this feels like a live grenade was just tossed into the team room without the opportunity of falling on the grenade to save your team. 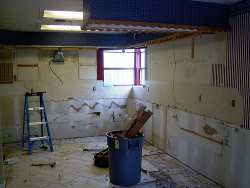 Let's use an analogy.  Helping someone to improve is like remodeling a kitchen.

The first real work uses crow bars and sledge hammers - this is called "demolition."  It is really destruction and is analogous to criticism.  Rip out the cabinets and tear up the floor.

The demolition phase is messy and dangerous - it breaks things and throws away the pieces.  Demolition is not done for its own sake.  Instead, teams demolish (criticize) in order to prepare for a better finished product.

Demolition is also kind of fun - watch out for people who enjoy demolition (criticizing) too much!


If you demolished your kitchen, and walked away - that would not be "constructive."  Only after the complete remodel does the kitchen deliver more value than it did when we started the demolition.

Next time:  How to criticize (if you must).


This material was first presented as a speech to the Power Toastmasters club (1080) in Jackson Michigan.